Founded to support parents and families

In 1976, from her studies at University of Chicago, University of Illinois and Northwestern University, Bernice Weissbourd knew that parent support was key to early childhood development. With funding from her husband, Bernard Weissbourd, and Chicago businessman and philanthropist, Irving Harris, Family Focus opened a space for parent support in a room at the Miller School in Evanston. Former Evanston Alderman Delores Holmes joined Bernice as the first center director, and Family Focus became a drop-in center for parents with young children to gather. Word quickly got out about a woman who was developing the family support model, which started a pilgrimage of more than 80 other agencies and organizations from across the country sending representatives to Evanston to witness the family support movement in action.

With this popularity and community needs growing, Family Focus Woodlawn opened in 1977, followed shortly by Family Focus Lincoln Park in 1978. Over the years as needs grew, more centers were founded in areas such as Aurora, Cicero, DuPage, and Highland Park, Illinois, and the Chicago neighborhoods of Englewood, North Lawndale, and Belmont Cragin. Today, the Principles of Family Support are not only a pillar of Family Focus services, but also the field of early childhood development.

Chicago Child Care Society (CCCS) was the longest standing social service agency in Illinois. CCCS first opened its doors as the Chicago Orphan Asylum in 1849, when children were left homeless after their parents lost their lives to a cholera epidemic. Since then, CCCS has served Chicago’s children throughout our country’s historic events that shaped family needs – the Civil War, the Great Chicago Fire, and both world wars.

In the mid- to late-20th century, CCCS became well known for its adoption and foster care work and was a highly regarded authority and partner in establishing policies and regulations in the field. The year 1974 celebrated CCCS’s 125th anniversary with a name change from Chicago Orphan Asylum to Chicago Child Care Society and a move to the present Family Focus Headquarters in Hyde Park. The late 20th century also marked a shift in services from adoption and foster care to early childhood education (ECE) programs, for which Family Focus remains a leader among Chicago agencies in the ECE field.

In January of 2021, Chicago Child Care Society merged with Family Focus to join our shared mission to provide early childhood education, youth development, and family support services in under-resourced communities across Northeast Illinois. The merger expanded our geographic footprint and continuum of services, allowing us to serve more families and children. 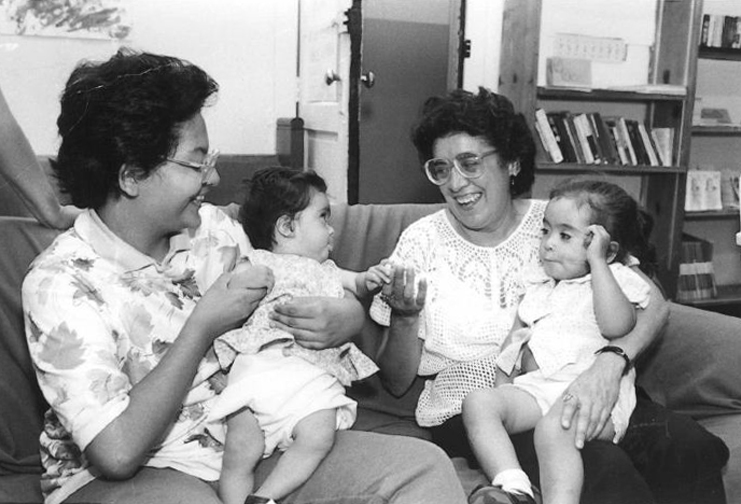 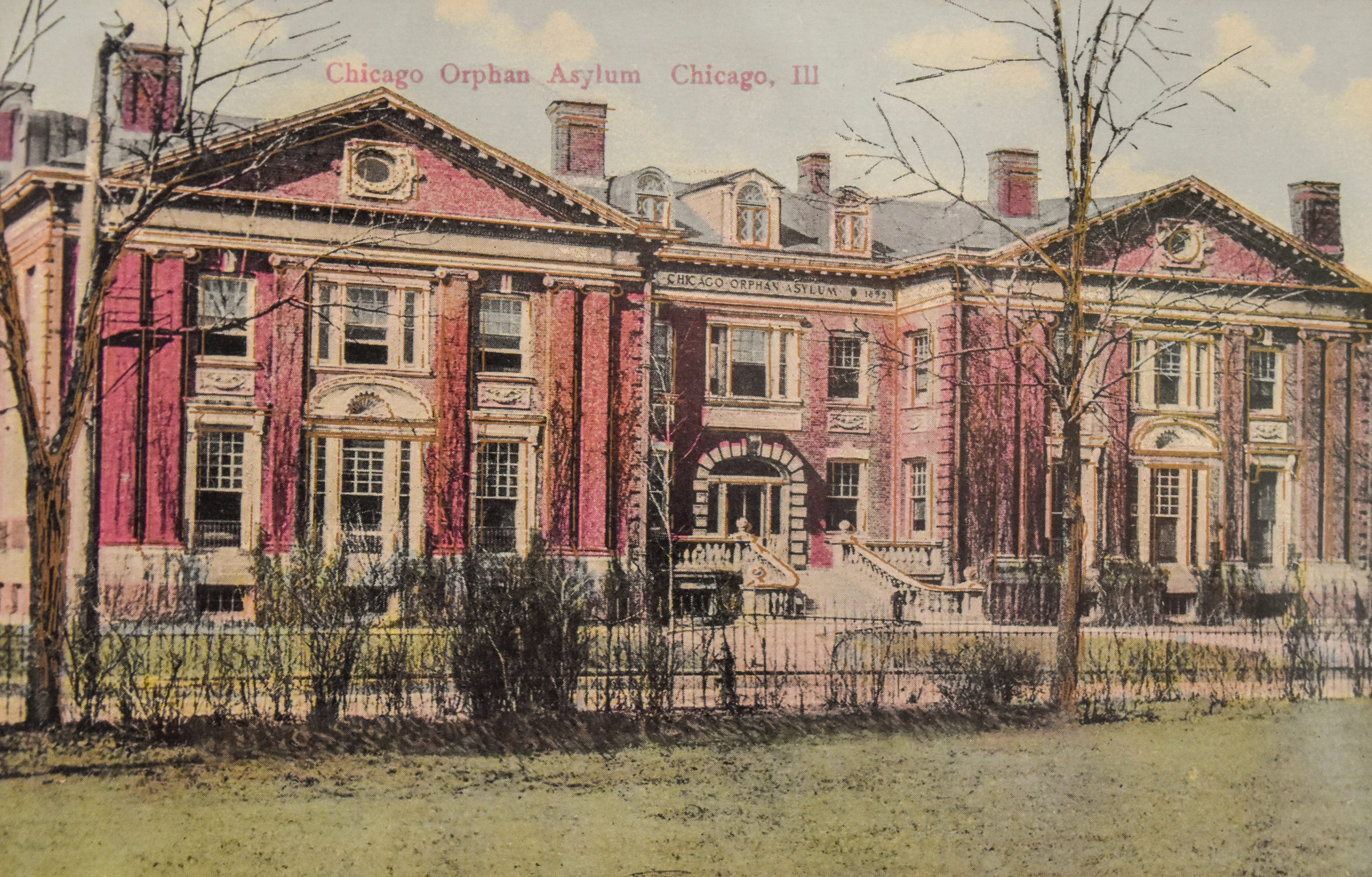 Thank you for signing up! We’ll be in touch soon!

Mariana Osoria previously held the role of Vice President of Centers at Family Focus, managing both the Aurora and Nuestra Familia centers, and was the center director at Nuestra Familia for eight years, overseeing the Hermosa and Cicero centers prior to that. Previously, she was Assistant Director of Nuestra Familia at our Cicero site. Before joining Family Focus in 2006, she was a program manager for Project S.T.R.I.V.E. at Youth Guidance. With 15 years of experience in the field, Mariana has been a national trainer and facilitator for nine years. She received her A.M. from the University of Chicago’s School of Social Service Administration.

Sherneron Hilliard has held many roles at Family Focus, most recently as the vice president of programs. She served as the center director of the Lawndale center for seven years, having graduated as the project director of Adult Services for eight years, also at the Lawndale site. Prior to joining Family Focus she was an individual and family therapist for ProCare Centers. Sherneron has a B.A. from Jackson State University and a M.S.W. from Loyola University. She is currently pursuing a doctoral degree in Education Counseling Psychology.

Linda Balsamo has served in HR leadership roles at corporate and nonprofit organizations for over 25 years. Prior to her role as chief people officer at Chicago Child Care Society, Linda was the chief administration officer at NorthPointe Resources, where she helped drive organizational development and strategic change, as well as build human capital through training and development. Prior to her role at NorthPointe Resources, she worked in the Compensation & Benefits Division at Walgreen Co., managing the Employee Assistance Program and voluntary benefits for the organization of 250,000 employees. Linda is also an adjunct professor at National Louis University and currently teaches Performance Analysis & Management and Organizational Effectiveness & Development at the graduate level. Linda earned her Ph.D. in Human & Organizational Systems from Fielding Graduate University and an MBA in finance from Loyola University. She was also the recipient of the 2007 Distinguished Paper Award by the North American Management Society.

Dottie Johnson joined Family Focus as Chief Financial Officer in 2021 and oversees all aspects of its finances, information technology, and facilities management. Dottie has nearly 30 years of experience in financial leadership roles in the nonprofit sector. Previously, she served as the CFO and controller for Chicago Commons, where she was responsible for all facets of the financial strategy, planning, management, and accounting. Prior to her time at Chicago Commons, she has held varying financial leadership positions in the nonprofit sector, providing strategic direction to leadership teams on financial sustainability, overseeing investments and liquidity, financial risk assessment, and resource allocation decisions. In addition, Dottie is a published author in trade journals, developed an accredited training curriculum for senior leadership on nonprofit financial management, and has traveled around the country as a trainer and consultant. She is a certified public accountant and holds a bachelor of science degree in business from Murray State University. Dottie enjoys giving back to her community and does so through her service as a trustee of her church’s finance board and director of the children’s nursery.

Dara Munson, formerly CEO of Chicago Child Care Society since 2016, is a native of Detroit and past president and CEO of Big Brothers Big Sisters of Metro Detroit, past COO of Girl Scouts of Southeastern Michigan, and past senior director of United Way of Southeastern Michigan. Munson’s early career and education were in criminal justice, and she now serves as chair of the board of trustees of the Eastern Michigan University Foundation Board (her alma mater). Munson also serves Chicagoland in several leadership positions including chair of Chicago Alliance for Collaborative Effort (CACE), board member and vice chair of membership for the International Women’s Forum (IWF)-Chicago Chapter. She is a member of the Chicago Cook Workforce Partnership Youth Committee, Illinois Partners for Human Services board of directors, and the Southside Giving Circle for the Chicago Foundation for Women. She is a member of Alpha Kappa Alpha Sorority Inc. and The Links, Inc.